What do you see? A duck or a rabbit? The perception continuously shifts. The precepts of the rabbit and the duck are competing for the space inside consciousness. Or rather, the perception creates either a percept of a duck or a percept of a rabbit. If one plays with it for a while one may notice that the emergence of a given percept (duck or rabbit) depends on where the attention is placed. It’s possible to move the attention around the cues in the picture in order to develop better control over shifting perception. Now the question arises, Is it possible to hold both percepts, the rabbit and the duck in consciousness at the same time?Trying to do so can get quite frustrating. Seems like the mind is designed in the way that it has to choose only one of the percepts at a given time. In other words, the perception can create a percept of a rabbit or a  percept of a duck only.

Now, let’s become aware of the sense of self, the small mind. Let’s stay with this percept for a few moments. Now, let’s shift the attention to the perception of the big mind.  Now again the small mind, and then the big one. It’s exact situation isn’t? The feeling is very similar to the one you get from the rabbit/duck picture.  The attention is moving, different precepts emerging. One is the small, boring, slightly annoying sense of self, another cool, calm, spacious big mind. But… similar to the duck rabbit illusions, this too is just an emerging percept, just something that the mind conjures ad hoc, in the very moment.

The percept that is dominating, that stays longer or more often within the consciousness conditions what we think the reality is and conditions our responses to it. If you like eating ducks, and consider rabbits cute, depending on what percept is emerging your emotional response will be different. You may get hungry seeing a duck or you may get a loving feeling seeing the rabbit.

The question that comes next is, how to hold both of them, or is it possible to hold both percepts in the consciousness at the same time? Or is it needed at all? 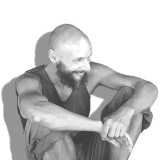